Every year around this time I get asked by neighbours and colleagues: "Do you celebrate Christmas?" And every year my answer is: "Yes, yes, we celebrate!" We bake cookies, decorate the tree together with the children, secretly put wrapped gifts underneath, and enjoy a home-cooked meal with family and friends on Christmas Eve. We do the whole hoo-ha including advent carols because we've been around for a while and can totally identify with this joyous occasion.

Looking at the homes in the neighbourhood during the Christmas season with their windows decorated and brimming with warm lights my grandma used to say: "Isn't it wonderful, even they know kunchog."

She also loved the wood-carved representations of the birth of the Christ Child in the stable of Bethlehem with the various crib figurines. To her that was the equivalent of the altar she had at home containing images of the Buddha. Symbols of religiosity created something like a common bond between her and the inhabitants of her newly found home in the West.

She lit candles too and placed them on the window sill of her home because time-wise Christmas collides with the Buddhist festival Gaden Ngamchoe when Tibetans commemorate Lama Tsongkhapa's entrance into Parinirvana with light offerings and prayers. My Mola's offerings were always meant as much for this important Tibetan Lama as for Jesus Christ. For her the two embodied the same spiritual nature.

Orthodox views on either side were alien to my granny. She would consistently refer to Christ as "Buddha". Every Easter when the ancient black-and-white films about Christ's life and work were on show culminating in his crucifixion, she would relate them to me the next day exclaiming: "Did you see what they did to the Buddha? Wodzi-la! How can they mistreat him like that? He is a Buddha!"

She seemed to forget that according to the transmission it was the Buddha's own cousin, Devadatta, who tried to kill him because for people like Devadatta the Buddha was an impostor just as Jesus was in the eyes of the Roman rulers of his time.

For my granny there was Buddha Shakyamuni, Buddha Maitreya, Buddha Amithaba, Buddha Tara and there was also "Buddha Jesus" - Yishu Sangye in her words. Jesus taught people how to find peace through brotherly love and forgiveness and he worked selflessly for the wellbeing of others. Who could contradict my sweet Mola? These are undisputedly also the core precepts of Buddhas and Bodhisattvas.

Of course there are fundamental differences between Buddhism and Christianity and there is a limit to what one can have in common. Even though we wholeheartedly embrace the spirit of Christmas no member of the family converted in four generations. But then Christmas is not the time to dwell on what sets people aside. My dad used to be very clear about it. When in Rome do as the Romans - but don't forget who you are and where you are from. 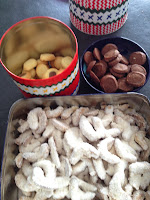 Still I catch myself wondering how much of external influences my Tibetan heritage can stomach without losing its individual core over time. Have Tibetans not by default looked upon the outside world as more or less "hostile"? If you look at the history there has always been a subliminal fear that Tibetan culture degenerates under the influence of the external world. Why else would a government reject all interactions and categorically shut the door to the world if they weren't afraid that engaging with it would "ruin" its culture?

The Chinese attack came suddenly for a self-absorbed people. The ensuing destruction and killings followed by large-scale immigration only intensified the subliminal fear. The worst nightmare was to come true. The current political stalemate further exacerbates the situation and the lingering fears now turn into paranoia that Tibetans as a group are doomed.

A frequent response has been to seek refuge in increased cultural isolation, preserve, protect and keep all external influences out as much as possible even though it is precisely this defensive mindset that is responsible for putting us in the situation we are in now.

The only way to stop the spiral is to change our mentality by turning the misfortune into opportunities for renewal.

No clash of the cultures, no assimilation, no fear but mutual enrichment from one culture to the other, from equal to equal. When firmly in the saddle there is no need to shy away from contact and exchange. A crucial lesson I have learned from our history is deciding with self-confidence which external aspects I want to adopt to move on.

Ensuring a future for Tibetan culture then becomes a continuous balancing act. The more I practice this skill, the better I become allowing me to share and pass it on so it can serve the needs of my children. Hopefully that's what it means to do as the Romans and still remember who you are. 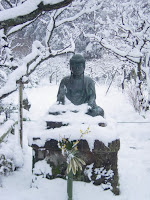