Tibetan For Kids – 10 Ways To Keep The Language Alive

“How am I supposed to teach them Tibetan, if I myself don’t have a decent command of the language”? My friend Pema looked rather low-spirited. As a single mother of four, life was already quite tough on her. “You know, right now they’re toddlers and I can just about cope with that type of vocabulary, but what about later”?

“You mean like when they’re coming home from school, talking about Algebra? Global warming? The dangers of nuclear energy? HIV? Islamic fundamentalism? By then at the very latest, your ‘speak Tibetan!’ used on them since their childhood will inevitably get you nowhere, for how do you say these things in Tibetan? How? It’s just not fair”. I couldn’t agree more. Pema’s agony was also mine.

For some Tibetans living abroad, the deteriorating state of modern spoken Tibetan from one generation to the next has become a source for worry. My colleague Beatriz from work sends her 3-year old to a Spanish-language nursery. My colleague Tomoko sends her two children to a Japanese-language primary school in another town, and when I was little, all Italian kids in my school went to Italian classes every Wednesday afternoon. 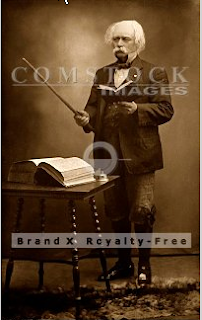 For Tibetan, there just isn’t this type of a professional infrastructure. The Tibetan classes offered when I was little were boring as hell, with an overemphasis on the written language, calligraphy, and learning grammar rules by heart that made absolutely no sense to children.

Even my Dad, who had gone through the old education system in Tibet, thought that’s off and saved us from the ordeal. You know what? Some of the kids, who had to sit through these classes for years, still can’t read or write a single decent sentence in Tibetan as grown ups. Ineffective and absolutely tragic.

20 years later, Pema and I are taking our children for a trial lesson to a Tibetan class offered in a town nearby, trusting that today’s Tibetan teachers have also discovered the insights of education science and methodology of the last two decades.

Far from it! It was déjà vu all over. If there were a prize for the most child-unfit, mind-numbing teaching style, these guys would win it. What kid needs this type of negative reinforcement that Tibetan is a drag, complicated and absolutely useless?

Pema too thought the teaching style was out of sync: “It already requires a superhuman effort just to continue speaking Tibetan in a foreign environment, why make everything still more difficult by teaching children Tibetan in such an antiquated and theoretical way”?

So in sum, we’re pretty much on our own with regard to keeping the language alive. Over the years, my partner and I have developed a couple of strategies to cope with this unenviable situation. As Pema says, the way to start is with oneself. If I as a parent have nothing to give, how can I possibly pass something on?

Here are 10 ways that have helped us and our kids keeping Tibetan alive and kicking.

Action 1: CommitWe consider the Tibetan language to be at the core of our identity. We want Tibetan to come to our children naturally. It shouldn’t be an artificial effort to speak it, nor something political, or something to be particularly proud of. Speaking Tibetan should be as normal to them as speaking Spanish is to Beatriz’ son or Japanese to Tomoko’s children. As parents, our top goal is to help our kids feel at ease with Tibetan.

Action 2: Decide and focus
Our focus is on the spoken language. We aspire for our kids to possess a vocabulary decent enough to comfortably talk about topics of daily life and of general interest. Reading and writing is a nice-to-have but not on our radar screen. There’s time for this later in their lives.

Action 3: Look it up
In order for the children to develop a respectable vocabulary, we as parents should have one to begin with. Whenever we don’t know a word or expression, we do what learners of a language normally do: consult the dictionary. We use Goldstein’s English-Tibetan Dictionary of Modern Tibetan as a starting point, since most of the time, we know how we would say something in English. Meanwhile this dictionary is also a bit outdated and there may be more recent ones. The suggested translation can sound a bit funny sometimes. Test it out on an authoritative native speaker before you unleash it onto your children. – My mom is always a good test person. When I dropped the word wangpo kyönchen she knew right away I meant “handicapped people”. But when I said there’ll be tukpa kogton - hollow noodles - for dinner, she gave up. OK, it’s silly to translate Macceroni. Some things should just stay the way they are.

Action 4: Be up to speed
Every Thursday, I watch VOA’s Tibetan-language news on the web. It’s integrated into my weekly routine. When the kids are in bed, I watch Kunleng TV – no Pema, not because of Dorje Tseten, one of the hosts, although he is a cutie with that grainy Amdo accent! But from a linguistic standpoint, the most useful thing is the weekly wrap-up of what’s been going on around the world. Even though I don’t understand every word that’s being said, I’m often able to deduct the meaning from what I see. It’s here where I pick up a lot of contemporary vocabulary. Climate change? - Namshi gyündo! Nuclear weapons? – Tüdrin tsünja! I got many more and I can pack them into decent sentences as well. My latest acquisition is kokso rüso – corruption!

Action 5: Take notes and review
I don’t just sit there and watch the news. I sit there with a notepad and a pencil, phonetically writing down the new words and expression I’m learning while watching the news. The notepad is so small it fits into my pocket. I always carry it with me and sometimes when I need to make the time pass - during the commute to work, in the toilet, or lining up for something - I take it out and flip through it. This way the stuff somehow gets stuck in my brain and I can retrieve it when needed.

Action 6: Use it or loose it
This requires some discipline and planning since knowledge of Tibetan is not an absolute necessity. We all would get by just fine without it. So be persistent and attentive. Your kids will fall back into the dominant language time and again. Don’t deviate from your course, stick to it. Even if they speak to you in the outside language, your answer and reaction should always come in Tibetan.

Action 7: Make it fun
Since keeping Tibetan alive is a long-term effort, show your children that speaking Tibetan is not a chore but a lot of fun. Show them Tibetan-language films, music videos, and cartoons. This requires, of course, that you take the necessary steps to get your hands on these things as they can’t be bought around the corner. And don’t be picky. “I don’t like the type of Tibetan they speak in films from China” is just something we can’t afford. People speak Tibetan with all sorts of accents and intonations. Our kids should get used to that instead of carrying over our antipathies. Also use “regular” children’s picture books to tell them a good-night story in Tibetan every evening. Little kids focus on the pictures, the text underneath could be Swahili, they couldn’t care less. A big plus of the story-telling approach is that the vocabulary, ideas and concepts gradually form a mental structure on which to build further when they start school in the outside language. It gives them stability and self-confidence.

Action 8: Be clearLatest research on bilingualism shows that kids need clear rules when to use which language. Establish a rule. Ours is “Tibetan in the family – English on the outside”. It works but you have to be consequent. Again, if you don’t work on your Tibetan vocabulary, you will gradually succumb to the dominant language. It starts harmlessly with mixing a word here and there. Watch out! And also watch out for those uncooperative relatives and friends, who always fall back into the dominant language when talking with your kids. Sensitise your Tibetan-speaking environment and get them onboard. You and your partner(s) should be in absolute agreement on this one.

Action 9: Put it into context
Kids should realise that Tibetan is not just something peculiar spoken in the home, but without real functional value. We take the kids to Tibet every summer to reconnect with the bigger picture, and let them immerse into the place and the people. It’s probably not everybody’s cup of tea to go to Tibet regularly, but you can substitute that with a Tibetan-language summer camp in your vicinity, regular visits to Dharamsala or whatever your preference is. You get the point. It’s immersion.

Action 10: Chill out!Some things just shouldn’t be changed. Don’t become so deeply absorbed with linguistic purism that you go out Tibetanising every loan word. Like me with Macceroni. Or the folks who say tsigcha when they mean coffee. - Goodness, gracious! Who wants to drink “burned tea” for that’s what tsigcha literally means? It’s not only a miserable rendering, it makes coffee sound appalling, it’s conceptually wrong. Let’s accept coffee as it is. It won’t hurt the language. Tibetan is cool enough to accommodate. Just think of oldies such as rili (railway) or motra (motor), and lean back.

It looks like a fact of life that Tibetan will be spoken less frequently and less well from generation to generation. People like Pema or me can’t reverse that, we can only try to make a difference for our families. But for all the effort and discipline it takes, let’s not forget that there’s a life, a world, so many things out there to learn and enjoy, beyond the Tibetan horizon.

Posted by Mountain Phoenix at 1:54 AM