Plain Vanilla: Our Summer In Tibet

It was a bit rushed, but we still managed to catch up with most friends and relatives. Some were up higher in the summer pastures, but they came down one by one as word spread that we had returned. How did the word pass so fast you may wonder?

Everyone seems to own a cell phone there. During a courtesy visit to the resident Lama of our monastery, mine started to ring. I was so embarrassed, mumbled an apology and stepped out to turn it off. When I went back in to rejoin the conversation, the thing went off again. Didn’t I just…? - Huh! It was someone else’s going off: Even our venerable Lama had a cell phone tucked away in his Amba!

Gosh, I’m getting old here because I’m about to exclaim: “How times have changed!”

When I first came to Tibet in 1993, our relatives only knew by accident that we were coming. Someone found the letter my dad had sent them. It was lying around in the grasslands. The postman must have lost it on one of his delivery tours.

That year, while we desperately tried to figure out how to transfer from the point of entry in China on to the Tibetan highlands, our relatives waited in the Dzong (county seat) for days and days not knowing whether we would be coming at all.

But that’s long ago and seems like a dream now. 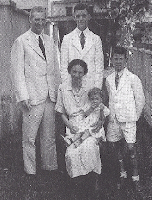 After last year’s downturn, visitors were now gradually coming back. The hordes of Chinese tourists “polluting” the air with their smelly incense at the splendidly restored monastery were back, just as the Christian missionary families camouflaged as English teachers and gastronomes. Had to think of the Griebenows in Labrang of pre-Communist times, when I saw some of those families accompanied by what seemed to be half a dozen kids.

The laidback atmosphere in the Old Town reminded me a bit of McLeod Ganj, Dharamsala with its cafes, shops and visitors from all over the globe. It looked like the global recession had not hit the local economy so strong. Tourism was picking up. The wild mushrooms’ season was also at its peak, although prices were reportedly not as good as in previous years. 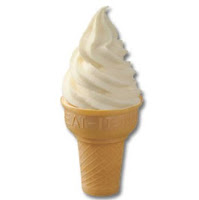 We also saw no more trace of the huge army camp that the newspapers reported was set up right in front of the entrance to the Old Town during last year’s political unrest. We found the usual car park there. There were no soldiers patrolling through the city, not even near the monastery. It seemed like normality had returned - plain vanilla.

One of the many memorable experiences during this trip was our first day when we hung out with all the kids in the grassland.

Then we took them for Pizza made by the local girl-friend of an Italian expat, who owns a restaurant in town; followed by a treat to delicious ice-cream at a Taiwanese fast-food chain. To wrap a great day up, we took the children to a small amusement park where they hopped around on bounce castle, drove little cars, and painted pictures. It was great to see how the children, all from differing backgrounds, got along with each other. It was borig phunda shatrak jig gyi mi if you know what I mean.

I am grateful to have experienced a piece of normality in Tibet. I am keen to see more of that normality return. There has to be some normality for folks to function in that kind of politically repressive environment.

We returned safely, happy, with a bag full of photographs and beautiful memories.

But as I’m blogging, the sad news has reached us that army trucks and soldiers were sent to our hometown again. We don’t know whether there has been an incident or whether they were sent as a precaution for the 50-year PRC anniversary celebration.

I only hope there won’t be any clashes. Direct confrontation is suicide.

And oh, I haven’t even mentioned my other big problem: How to relate to my kids what is happening? It’s one thing to tell children about Tibet from afar without ever going there. It’s quite another if your kids know Tibet through direct experience. You have to be much more careful and balanced. So that’s my big problem, not exactly plain vanilla.

If anyone out there has an idea, let me know.


All written content on this blog is coyprighted. Please do not repost entire essays on your websites without seeking my prior written consent.
Posted by Mountain Phoenix at 6:16 AM