Ain’t Nothing But A Bubble 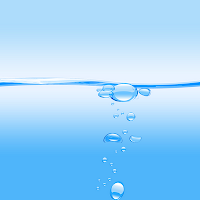 You know how they say women are better at multi¬tasking. I only know it is not my preferred mode. I like to do one thing at a time. But daily life can sometimes become so busy, you end up multitasking without realizing it - like the other day, when I rushed back from work for an appointment I had in an hour. But before I could go, the kids had to eat dinner.

I was certain I could finish the dinner in time: The pasta was cooking and the sauce – prepared ahead the other night - simmering, ready to be served. Everything was moving quite smoothly and I called the kids to set the table.

But just when we were about to eat, my partner pinged me from Tibet. Time was ticking and we hadn´t talked for few days so I had to let the kids skype with their dad.

Then, the phone also began ringing. I tried to ignore it but it kept ringing incessantly - halleluja! Welcome to Samsara! My stress was perfect. Nerve-wracked I gave in.

The Lord of Death strikes when you’re least prepared: One of my mom’s friends had passed away; she had terminal cancer. 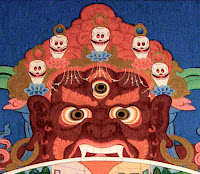 Yama sent my whole stress dissolving into a vacuum.

Initial shock gave way to reflection: I remembered my own mortality, the limited time I have to practice Dharma while trying to be in a good relationship, raise children responsibly, succeed at the job and look after my Tibetan heritage. What would I like to see towards the end of my life looking back?

I cancelled the appointment and took time to eat dinner with the children. Then I enjoyed an extensive chat with my husband.

The lady was 65 years old. She came to this country in the early 70s where her husband died when the children were very young. She struggled as a single parent for many years before she accepted to remarry so her children wouldn’t have to grow up without a father. The new partner was also her late husband’s younger brother or nephew and more than 10 years her junior. My mom said a lot of people at the time found it strange that an ancient Tibetan custom was replanted into a modern Western country. How could one practice “taking-over-the-widow-by-a-relative-of-the-late-husband” in a place like this? What would the neighbours think?

But whatever the original intention of the custom, her new relationship worked out fine. Alas, her newly found happiness didn’t last long. Only a while later she was diagnosed with cancer. Over the course of the last twenty years, she battled and subdued it twice. When the cancer attacked her again the third time, she decided it was time to leave the stage and passed away without much suffering and in dignity. The last thing she wanted was for her to become a bed-stricken burden for her family. 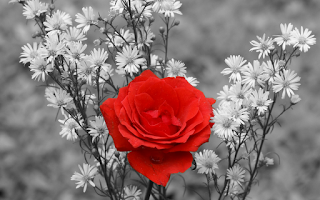 In the Lamrim prayer Yonten Zhi Gyurma where people request the teacher’s blessing so strength, wisdom and compassion may grow in them, there is a stanza about life being so short and insignificant like a swiftly perishing bubble of water and when you die, your negative and positive karma would follow you like a shadow, involuntarily determining your next existence.

When I looked at Acha Wangmo’s life, the verse rang so true. What a life! Born in Tibet into an extended family before the Chinese takeover, left everything behind, traumatic escape as a teenager, marriage in India, then move to the West, become a parent, become a widow, remarry, in and out of cancer and then eventually die from it.

Her death was also a brutal reminder how lonely it was becoming with the two generations above me gradually taking the exits. All the elders in my grand-parents’ generation were no more. Most people in my dad´s group, including my old man, were gone too: As heavy drinkers and chainsmokers many died prematurely. Now also more and more ladies of my mom’s generation were beginning to pass away.

With those representing another era and serving as the bridge to my Tibetan roots gradually all vanishing, my own peer group, the first with no direct roots in Tibet, would soon accede as “the older generation”. How skillful will we be at maintaining and developing the culture? How successful will we be at passing on this heritage to our children? What does the future hold for Tibetans? Will the language still be spoken in generations to come? Will our children’s children still dream of self-rule when they grow up or more basic: Will they even think of themselves as "Tibetan"?

I can vividly imagine the pressure on so-called “Lineage Lamas” who carry the responsibility to fully master a certain type of knowledge and then have to ensure it is passed on into good hands. But the difference between a Tibetan lineage Lama and a Tibetan parent is that the former can come back in a new body to continue their unfinished work whereas we folks can't be sure we come back in a human existence, let alone a Tibetan one :--))) 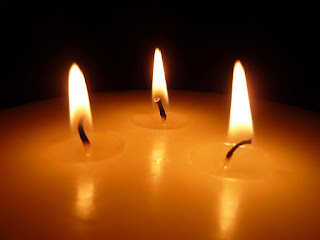 The funeral rites for Acha Wangmo were graceful and moving. About half a dozen Buddhist monks lead the prayers with almost the whole crowd of around 150 mourners reciting along. It was a wonderful sight to have old-established Tibetans, new arrivals from Tibet, Tibetans from India and people from whatever Tibetan Buddhist schools and all walks of life, pray together side by side. For a moment, Acha Wangmo’s funeral bound us all together. This was a precious moment before we would all run off again to our samsaric hamster wheels.

The lady was really a piece of work. I would only see her once or twice a year at some social gatherings. She was always cheerful. She never gave the impression of someone who was going to die soon. With her deep, smoky voice she would crack jokes – often dirty ones – and slap herself on the thigh laughing out loud entertaining all the ladies at the table. Not very lady-like, but everyone knew what they would get if they dealt with Acha Wangmo. She was strong and straight as an arrow. When we would exchange a few words, she would often say ya, ya, tsering, ama’i - ”bless you my dear”!

That was the only side of her I knew.

I never knew the extent of her illness. Even one of her siblings whom I spoke to at the funeral seemed surprised that the illness was terminal. She kept the suffering and the worries all to herself not wanting to burden others or allow that ruin her positive attitude towards life.

When I was a little girl, I thought she looked like a Tibetan version of Angie Dickinson, that blond US actress I remembered from Western films with John Wayne that my dad enjoyed watching so much. But driving home after the funeral, suddenly Yadong's song Ganglha Metog (Snow Lotus) came to my mind. He sings about this woman who is likened to a snow lotus which, against all odds, withstands the harshest conditions and breaks through the thick snow cover to greet the sun in full splendor. Here's a link to the song on Youtube. 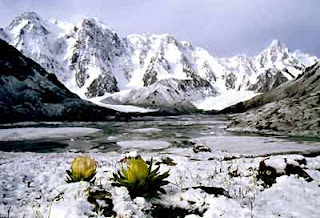 The snow lotus is not a beautiful flower aesthetically speaking. It reminds me more of a vegetable (cauliflower if you want to know the specifics) than a flower. Also in Tibet, they use it as a medicinal plant and make all kinds of things out of it such as tea. But the symbolism is exceptionally powerful: As with the Lotus flower that grows out from muddy ponds and doesn’t touch the dirty surface, Ganglha Metog is understood as an inspiration for humans to outgrow themselves.

Yes, life ain’t nothing but a bubble and we shouldn’t get all absorbed while we’re in it, that part I understood. But you still must give 100 % because, ironically, the very bubble is also your only ticket leading out of the crazy cycle. That part I frequently forget. Acha Wangmo helped me remember. She was a great lady. We will miss her humour, her directness, her warmth.

May she have a good next life and continue to inspire people.

All written content on this blog is coyprighted. Please do not repost entire essays on your websites without seeking my prior written consent.
Posted by Mountain Phoenix at 12:57 AM

Acha Wangmo seems to have been a quintessential Tibetan and your piece is a touching and insightful tribute to her. In one way or another, we exiles seem bound to go the way she went - dying in some corner of the world, thousands of miles away from our soil and sky. On a brighter note though, I would add "Oh but what a bubble!" to your blog title.

Hi Anonymous
Thank you for your kind comment. You don't have to be "bound to go the way she went - dying in some corner of the world, thousands of miles away from our soil and sky" if you don't want to. Make a connection with Tibet early enough in life. Don't let the Chinese presence deter you. Don't give them that power. We don't know when it hits us, but our chance of ending our life in the land of your dreams will increase if we have a real, physical connection.
Cheerio
Mountain Phoenix

Hi MP,
Thanks for the advice. Have been meaning to start building bridges to Bod for a long time. Just a little uncomfortable with having to deal with the Chinese and to be a tourist in my own country. Will get over that one day.