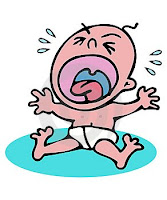 One of my friends, Dolma from the strawberry story, is expecting her first child.

By now she moved in with Daniel and, yes, they got married! Her parents, who boycotted the wedding, still have grudgingly accepted the fact. Meanwhile Dolma is searching for suitable baby names.

My partner and I loved the baby name search when we were pregnant. We created a list with new Tibetan baby names, some with an Indo-Sanskritic touch, others inspired by places in the Himalayas we had visited, again others picked from history, old travelogues, poetry. We really got a kick out of it and came up with, what we felt, exquisitly beautiful, contemporary Tibetan names,meaningful, and easy to pronounce for both Eastern and Western tongues.

Since I consider Dolma a friend, I shared our precious list with her, basically allowing her to pick from our creations or at least get some inspiration.

But to my disappointment, my friend only shook her head at the list and said:

“Aha,” I thought, “so too unconventional.” Okay, no problem, after all, it wasn’t going to be my baby.

Instead, Dolma decided to follow tradition and requested a name from her root Lama, the Sakya Trizin in India or, as she referred to him, the “Sakya emperor” (Sakya gongma).

In her village in Tibet where she grew up, parents would only request a name from the Sakya Trizin if the child was male, Dolma said. For girls, parents would usually go to a local Lama.

Although that smacks a bit of slighting baby-girls, my hope is that maybe the local Lamas had a bigger names repertoire than the Sakya Trizin: Three of my cousins (all boys) were named by him and two of them have Ngawang as the first name which means something like “powerfully eloquent”.

Surprise, surprise! Dolma received that name for her unborn child too. It’s a good name, don’t get me wrong. And it’s practical too since it’s one of those gender-neutral names which seem to be a Tibetan specialty (Dolma doesn’t know whether it’s going to be a boy or a girl).

Personally, it’s a mystery how something as intimate as naming your child can be delegated to a third person, and you accept the result just like the lottery. Well, my parents also did it with me but that was a different generation. This Guru devotion part in the naming game is kind of difficult to follow.

But what about more practical concerns like how the name sounds to the external environment? Have you ever heard a Westerner pronounce Ngawang properly? The closest they can get is “newang” with the accent on the second syllable. And I bet you the kid always has to spell his name, what a drag!

Lamas may have no clue that the names they give are potential tongue-twisters and make the kids life hard, but the parents should be aware?

For example, if you live in a Chinese-speaking environment, you may reconsider naming your child Nyima (“sun”). I personally love the sound and meaning of that name, but for a Chinese speaker, it sounds awfully similar to “go f* yourself".

If you happen to look for a good baby name, you may want to be proactive and study this funny list of all kinds of no-go’s I found in the internet - or better even: Send that list to your Lama along with your name request. It may enlighten him!

Well, at least Dolma didn’t turn to the Dalai Lama for a name. We already have a Tenzin inflation abroad. I wonder whether anyone thinks about the meaning of the name at all? “Defender of the faith” has such a martial taste to it, don’t you think so? Somehow always reminds me of Mujahedin. And besides, the Dalai Lama really has more important things to do than finding names for our babies? Can’t we even get that done without involving him?

But let’s watch out. No matter how carefully we proceed in choosing names for our babies, sometimes you just can’t help it.

Like this funny story about Chinese tourists in Tibet, my cousin told me.

One of the most popular Tibetan names for boys is Lobsang, after the 14th-century reformer Je Tsongkhapa Lobsang Drakpa. And Dolma for girls, after the female deity Jetsun Dolma.

Since these names are so frequent, my cousin told me, Chinese visitors to his area seem to believe Lobsang is Tibetan for “waiter”, and Dolma means “waitress”.

All written content on this blog is coyprighted. Please do not repost entire essays on your websites without seeking my prior written consent.
Posted by Mountain Phoenix at 1:40 PM

Tashidelek! I stumbled upon your blog because my wife and I are looking for a unique Indo-Tibetan or Dharma inspired Tibetan Sanskrit names. I’m a Tibetan and my wife is American. We are adopting a baby girl and we have just started compiling a list of names to choose from. Thus far staying away from the generic Tibetan names, our list is quite limited. I’m wondering if you would be wiling to share your list with us. It sounds like you and your partner had a great time coming up with a list of contemporary Tibetan names. We would highly appreciate it. My email address is: tenzingtenzing@yahoo.com

The link that you shared ‘funny lists of all kinds of no-go’s.’ was indeed funny and very helpful.

And by the way loved reading your Blogs.

So nice to learn you are adopting a baby. I will dig out the list. I do hope I still have it. Most names on it have a personal story. They may not have a great meaning for you other than "sounding nice", but please, feel free to use it. It may be a start.

Agree with your post. Was searching for Tibetan baby names when I chanced upon yr blog. Hope you still have the list. Can you email it to me too? deki2001@hotmail.com

I came across your blog browsing thorough and have thoroughly enjoyed reading it. Like Tenzing and Deki, I’m also in the same boat trying to find a unique Tibetan and dharma inspired name for my girl. My wife and I have a small list going but would like to compare with your list to come up with a name if that’s Ok. My email address is tenzing_yogi@yahoo.com

I emailed the names just now. Tenzin-la, I received a delivery failure notice. Would you like to reconfirm your e-mail address? - Best wishes for you and your babies,

Dear Mountain Phoenix could you please email me the list as well? We are searching for a name as well (husband is Tibetan) eassadipour@gmail.com