I should have declined. But he was a friend and so I agreed to take three watches and deliver them to his brother. "It's just watches, easy to pack, no weight", so I thought to myself. When he actually handed the watches over though, they came in expensive-looking, bulky boxes and it was too late to retract.

Maybe it's best to get into the habit of leaving for Tibet quietly without telling anyone because there´s always this risk to become inundated with letters, gifts and cash, people want you to hand carry on their behalf. It's one of these peculiar Tibetan traits: Even in the age of superfast postal services, e-banking and Western Union, some still prefer sending stuff the archaic way via people. And for all snying-rje or compassion that we consider a national trait, it doesn't seem to cross our minds that asking someone with limited time to carry and deliver goods could perhaps be burdensome. 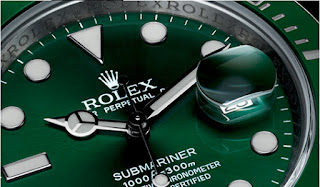 My partner looked at me with a frown when I came home with the boxes. After taking a closer look he informed me those were not "just watches" but Rolexes - luxury items worth almost USD 10,000 each.

Gulp. What if they got stolen? What if they drew the attention of the Chinese customs or they confiscated them?

I knew of a wealthy Chinese businesswoman from Chengdu who returned from a trip abroad wearing a ten thousand-dollar Omega and hand carrying seven more ordered by office mates. Everything got confiscated at customs. A fraction was returned to her later, it was said. - Scary!

"Okay don't be afraid," my partner calmed me down, "technically you're a foreigner so all you have to do is declare them."

Luckily that's exactly how it went. There were no problems at the customs but I was nervous throughout the flight. The real headache though was still before me: After I reached Tibetan soil, it took days to get hold of the brother. And then it took days until the brother got a third person to come by and pick up the precious goods on his behalf because he was away from station. All the while, whenever I left my place I had to worry that the watches would get stolen.

My relatives always warn me to be careful with cash and belongings as there were many thieves these days: "Keema mooma doray!"

On another visit, a lady of an American NGO had her bag stolen during a visit to the monastery: Passport, mobile phone, cash – everything gone. We were so afraid one of the monks could be the thief. Politically suspect per se, turning into criminals would make their reputation even worse. There was a sense of relief when, after a long day and night of searching, they found the thief to be a Chinese construction worker. He was obtuse enough to answer the call when the police rang the number of the stolen cellphone. The police caught the signal and hunted him down in no time.

Remembering my partner's instruction, I insisted on a written confirmation when handing over the watches. You never knew. When I innocently asked who wears such expensive watches, the man replied: "Rich merchants", adding that they preferred to order from overseas as the Rolex watches on sale in China were all counterfeit.

In the old days trade caravans brought in watches across the Himalayas. There was less choice in terms of models but I guess the few you got were genuine. These days, visitors like me functioned as couriers, because with the huge counterfeit industry in China, not even famous brand items could be trusted.

When I think about it, the Tibetans have something like a historical relationship with expensive watches and particularly so with the Rolex.

I first learned about the Tibetan weakness for expensive watches from an old monk about fifteen years ago back in my dad's hometown. His name was Dragkar Amnye ("White Rock Granpa"). As a youngster he worked as a Tshongpon or chief merchant for the monastery making the three-month arduous journey to Lhasa and continueing to India on mules several times. He allowed me to stay at his place while we were doing some reconstruction in the vicinity.

In the evenings we would gather around the fireplace in his kitchen and have supper together: Mostly Tsampa, rice, Tibetan tea, sometimes a hearty soup with chunks of greasy pork, horseradish and leafy vegetables. Then Dragkar Amnye would tell stories of the old days. The one that really caught my attention was where all of a sudden modern brand names came out of his old, wrinkled Tibetan mouth: "Omega, Rolex".

There we were huddled in a dark, smoky kitchen full of draft in some remote corner of the highlands at the end of the world. It could have been in the 19th century judging from the infrastructure - or should I say lack of infrastructure - and we were discussing Omegas and Rolexes, epitomes of consumer decadence in modern times.

But Omega and Rolex have been household names in Tibet for ages. When I asked the old man why those watches were so popular he said: "Back then all the watches we and other traders bought in India for resale in Tibet would stop when we crossed the mountain passes, all except for the Rolex. It was the only watch that would continue working. That's why the Rolex has become so popular in Tibet."

How poetic! If I were Rolex I would make a commercial out of this piece of information!

Imagine rustic Tibetan traders in Chupa with the stereotypical red tassel in their hair on their ascent over the Himalayas with their pack animals carrying precious goods. A glimpse of those old-fashioned boxes discloses their content: Colourful textiles, canned food, expensive cigars and cigarettes that were in fashion back then such as the "555". The subtitle reads: "Himalayas, 1940". The leader of the caravan calls the others to camp for the night – all in local language with English subtitles. They pitch up their tents and light a fire. The subtitle shows the altitude: “5,500 meters above sea level”. Then close-up of the leader sitting by the campfire – darkness all around - the audience spots the traditional earring with corals and turquoises, shiny white teeth and maybe a golden tooth flashes. Then he says: "Hey pals, let's see how the watches are withstanding the altitude." One of his caravan buddies passes on the box with the precious content. The leader opens it - all watches have come to a stand-still except one – close-up: The trader nods tellingly and a voice says: "Rolex – dares to go where no other watch dares to go" – or something to that effect, ha, ha!

Here is another story about Tibetans and their infatuation with the Rolex: My dad and his older brother fled Lhasa under the thunder of cannons reaching India exhausted and broke. The bag of Tsampa and butter the two youngsters had hastily packed before their escape were used up, all their money too. The brother then sold his Rolex so they could carry on. When Tibet fell, the Rolex became their lifesaver.

My uncle is not into pomp nor does he feel the urge to impress others with expensive objects but many years after my dad's passing we decided to pool in money and buy him a Rolex as a gift for his 70th birthday - not nearly as extravagant as the ones I hand carried to Tibet, but a Rolex nevertheless. It was a symbolic gesture that all the hardship he and my dad had to go through and the loss of the family's material possessions were a thing of the past. The handover of a Rolex underlined that they were back on track. Over fifty years of a family's history summed up by means of a watch. That's the power of the Rolex. 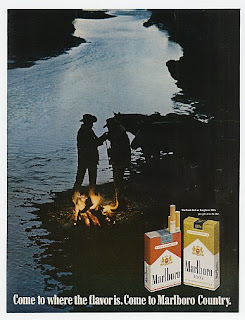 Before I ham it up too much: I would never wear a Rolex. The design is old-fashioned, oversized and overdone for my taste and comes at a ridiculously excessive price. When I think of the typical Rolex clientele, outrageously wealthy, fake-blond former Eastern bloc ladies come to mind, wrapped in fur head to toe, killing time in some posh European mountain resort. But that's Mountain Phoenix hypothesizing and not that she has the problem of being stuck with a Rolex :--)

In Tibet it seems to be a guy thing with the Rolex standing for values such as fortitude and authenticity in a time when trust in authentic brands is low and forgery is something like a national pastime. I heard fathers usually pass their Rolex on to their sons as an heirloom. Values and feelings associated with the Rolex are perhaps a bit like what early ads of the Marlboro man convey - of course without the health hazard: Freedom, male-bonding, solitude, simplicity and inner peace. And while not every Tibetan Rolex-wearer falls for the romantic, adventurous and legendary appeal of this watch, but simply wears it as a status symbol like wealthy Chinese or my Eastern bloc ladies, its appeal endures through personal family stories and the common misfortune that befell the Tibetans.


So wanting to own an expensive Rolex brought in from faraway lands is perhaps also a yearning for the good old days when things were under control and manageable?

To Tibetans with their traditional weakness for chunky jewellery the Rolex is perhaps just the must-have even when most don't dwell in Himalayan heights any longer where perfectly calibrated watches become crucial.

Often we don't have too many good stories left to tell each other these days. For this reason alone Tibet's historical love story with the Rolex deserves to be remembered and retold.  An old flame never dies. 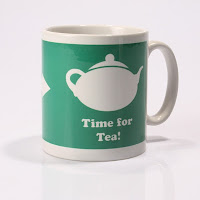 All written content on this blog is copyrighted. Please do not repost without seeking my prior written consent.

Posted by Mountain Phoenix at 12:44 AM 3 comments: