People have all kinds of ailments that make them stick out. One of my former bosses was known for her restless legs. They would suddenly start to dance under the table during meetings without her being able to make it stop. Or this colleague who has a cheese allergy: He was very hungry, lugging down two helpings of Risotto without noticing the graded cheese in it. They had to call an ambulance after his airways began to swell in the cafeteria.

Mountain Phoenix has nothing that dramatic. She is merely blessed with an extraordinary pair of lungs. Catching the slightest cold can make her get stuck with the most tenacious cough in the world – a dry, empty bark that keeps coming and coming until her lobes ache and the diaphragm is sore. Air-conditioned rooms, trains and airplanes are pure torture chambers.

During the latest episode, I emptied two bags of cough drops and one-and-a-half bottles of disgusting cough syrup in seven days – with zero impression on the cough. It’s a blessing in disguise that the swine flu hype is over. Otherwise they would have made me stay away from work - that is if people on the commute wouldn’t have thrown me out of the train in the first place.

Over the years, I tried all kinds of over-the-counter cough medicines, but once I have this cough, boy, nothing helps, it just sticks. Neither the general physician nor the lung specialist has found anything. All they discovered was that my lungs looked a bit “asthmatic” although I was assured it wasn’t asthma - very helpful diagnosis indeed!

Maybe I was waiting for too long and now this thing has become chronic? There was a great granduncle in my family who coughed happily and healthily up to the age of 94. Maybe it runs in the family?

My friend Pema from the Tibetan for kids story witnessed one of my cough attacks the other day. She happens to hail from a family of traditional Tibetan medical doctors still practicing in Tibet today. Through her stories I realized how wide-spread and well accepted traditional Tibetan medicine was not only in its country of origin but also among very respectable people in China.

Pema said in an uneasy voice: “Your cough doesn’t sound good at all. You’d better go and see a Menba.” I told her about my disappointing odyssey from one medicine and doctor to the next. Pema added: “No, I mean you should see a bod men menba.”

I didn’t want to be disrespectful as she comes from that traditional Tibetan medicine background. But Pema urged me to go and see this doctor, who she claimed was “one of the few remaining masters still trained at the legendary Medical School at Chakpori in Lhasa”.

I was hesitant at first. What could an Amchi possibly do? But something made me change my mind. After all, cough-wise I was in such a bad shape, what have I got to lose, only my cough, right?

The Amchi was a girlish-looking little old man, who also wore the robes of the Buddha. And boy, must he have loved incense. When I entered his office, I almost fainted amidst all the smoke from the incense that was burning on his shrine. Poor Medicine Buddha sitting on that altar. Now I understand why you’re always depicted in blue: You’re smoked all day! The smoke immediately made me cough and I had to think of the Chinese doctors back in the hospitals in Tibet, who chain-smoke while examining their patients, not taking the cigarette out of their mouths even when speaking.

I sat down and explained my situation whereupon the Amchi started to do the famous Tibetan medical pulse diagnosis. I only had that done once before, many years ago in Lhasa, as a routine check-up so to speak. At that time, the Holiday Inn had an in-house Menba whom all the Western tourists went to see. I thought if science-driven, rational Westerners trust Tibetan doctors, it would be safe for me to do the same and so I also went. That consultation didn’t last longer than 15 minutes; cost 100 USD with no diagnostic finding. Maybe because I had nothing, maybe because I had something but he couldn’t find it, or I had something and he wouldn’t tell me. In any event, my first encounter with a Tibetan doctor was not convincing. 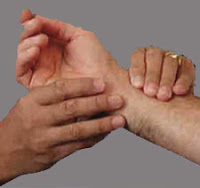 “Tell me something I don’t know, Pola!” I thought.

“If you leave this untreated, you will have serious shortness of breath as you get older”, the doctor continued.

“This is the moment your negative Karma catches up with you,” I thought, “you are being punished with a breathing problem for your sarcasm. Forget about your old-age plan to retire to high-altitude Tibet. This is the kind of bill people like you have to pay for disrespectful, blasphemous thoughts on Tibetan medicine and innocent Tibetan doctors…”

My fear was intensified by the story of two elders I suddenly remembered: One asthmatic, the other with high-blood pressure. Both wanted to return to Tibet for good. One of them suffered a heart attack before even reaching the highlands, the other almost died shortly after getting there. Both came back utterly traumatized by their experience of Chinese hospitals and never tried to return to Tibet thereafter.

I got panicky. My plan, my hope, my dream… Not enough merit growing old on Tibetan soil… I would be stuck here like those two old folks. But what’s the point in having healthy lungs if you have to trade them for a broken heart?

“Oh no!” I exclaimed in fear. “Please, no breathing problems! Does that mean, when I’m old, I can’t go to Tibet because of altitude and shortness of breath? Please, Amchi-la, help me!”

“Oh, you absolutely have to go to Tibet”, the doctor replied gently, “where on earth to go if not to Tibet?” In beautiful and impeccable Lhasan he continued: “Don’t worry, there is a medicine to help your lungs heal. But you must start taking the medicine now without delay, while you’re still young.”

How kind and trustworthy an Amchi could look all of a sudden! And what a lucky buggar I was. Was I not just given a second chance? Plus a compliment? “Young”!

So this is the story of how I became a hardcore Ribu eater. Now, if that isn’t proof for the existence of the law of cause and effect, then I don’t know what is: Here goes the sacrilegious Mountain Phoenix sentenced to swallow a total of eight soaked wonder pills a day for an undetermined length of time, as a last resort to cure her nervous lungs. How ironic! 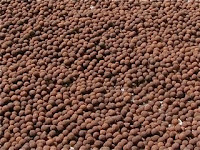 To tell you the truth: I still can’t take these Ribu Tibetan medicine pills completely seriously. I found out they are made in Ladakh, so I trust the medicinal herbs come from the Himalayas and are really the ones in the original prescription. But Ribus are still the most unpractical and ugly-tasting medicine in the whole world. They have to be soaked for hours! And who can tell whether they really do the job? You normally take them over such an extended period, in the end, one is never sure whether the sickness disappeared just by itself or whether it was due to the effect of the holy Ribus.

Another hilarious aspect of our Ribus are all the things you have to follow when taking them: Things like no “sour” and fried foods, sweet foods only on full-moon, but not simultaneously with spicy foods; garlic and onions are always absolute no-go’s; take pills before sunset, never after; but do take after sunset on full-moon, with one eye half-closed, standing on one leg, and in the dark - so no one can see how fantastic all this is?


But as awkward as it sounds to me, my heathen lungs have responded well to the wonder pills. That’s all that counts because it means I am less likely to suffer from respiratory problems when I’m older, which then means my chances to survive into retirement in Tibet are still intact. 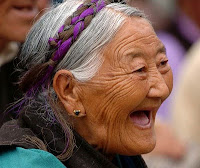 In my mind, I now bow with hands folded to the wise medicine man from the Medical School on Iron Hill in Lhasa. I utterly repent my ignorance. Thanks to Tibetan medicine, I can still dream to be that old woman with long white hair, sitting in a woolen Chupa on the verandah of her small home, under a sunny, clear-blue Tibetan sky, breathing the clean mountain air, while reading her Peja and sipping hot water - maybe with some dissolved Ribus inside, yes!

Provided of course, nothing trailblazing happens like I get run over by a car, die in a plane crash or an Asteroid hits the planet and we all go, that sort.

When my colleagues at work ask what it is that I’m sipping in that exotic-looking Chinese thermos-mug, I tell them just that: Magic potion. 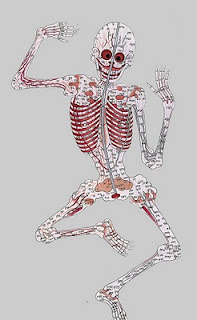 All written content on this blog is coyprighted. Please do not repost entire essays on your websites without seeking my prior written consent.
Posted by Mountain Phoenix at 5:25 AM No comments: