But the other day, I ended up ordering eight volumes of comics for none other than myself. My brother-in-law warmly recommended getting "Buddha" by Osamu Tezuka for my children. He said his eleven-year old foster son devoured the comics and he thought my kids might like them too. Now my brother-in-law is a sober-minded and sagely person. Whatever he recommends I am inclined to read or watch. So I looked up the author duped “the God of Manga" and also read a couple of reviews, which by and large were positive. On the side, I found out that the TV cartoon series I loved to watch when I was a kid, "Kimba The White Lion", was also an Osamu Tezuka creation. - If he did Kimba, his "Buddha" had to be good!

And I wasn't disappointed. The life-story of the Buddha in eight volumes as so-called “graphic novel” was an entertaining and humorous read. "You can't leave the palace," the attendant tells Siddharta, "it will be all over the papers!" And the drawings – of historic Indian towns for example - are not platitudinous at all, I must admit, but often contain a love for playful detail transporting the reader to ancient India. Furthermore, the Manga Buddha is kept simple in black-and-white rather than making it an opulent, glittery colour-Fest à la Bollywood. The understated appearance does no harm to the fascination of the story though. I for one didn't consciously notice the lack of colour until I had proceeded deep into the tale. It speaks for the strength of Tezuka's story-telling and my inattentiveness.

The author also manages to capture the bellicose atmosphere of the time well. Many of the petty little kingdoms were constantly at war with each other; violence, death and destruction were the order of the day. By using typical comic-style exclamations in huge and huger giant caps followed by multiple exclamation marks such as "HERE'S YER KILLER!! CLANG! Or THUNK! And WHOOSH! as well as HYAA!! Tezuka manages to paint a vivid picture of the warring environment at the time. 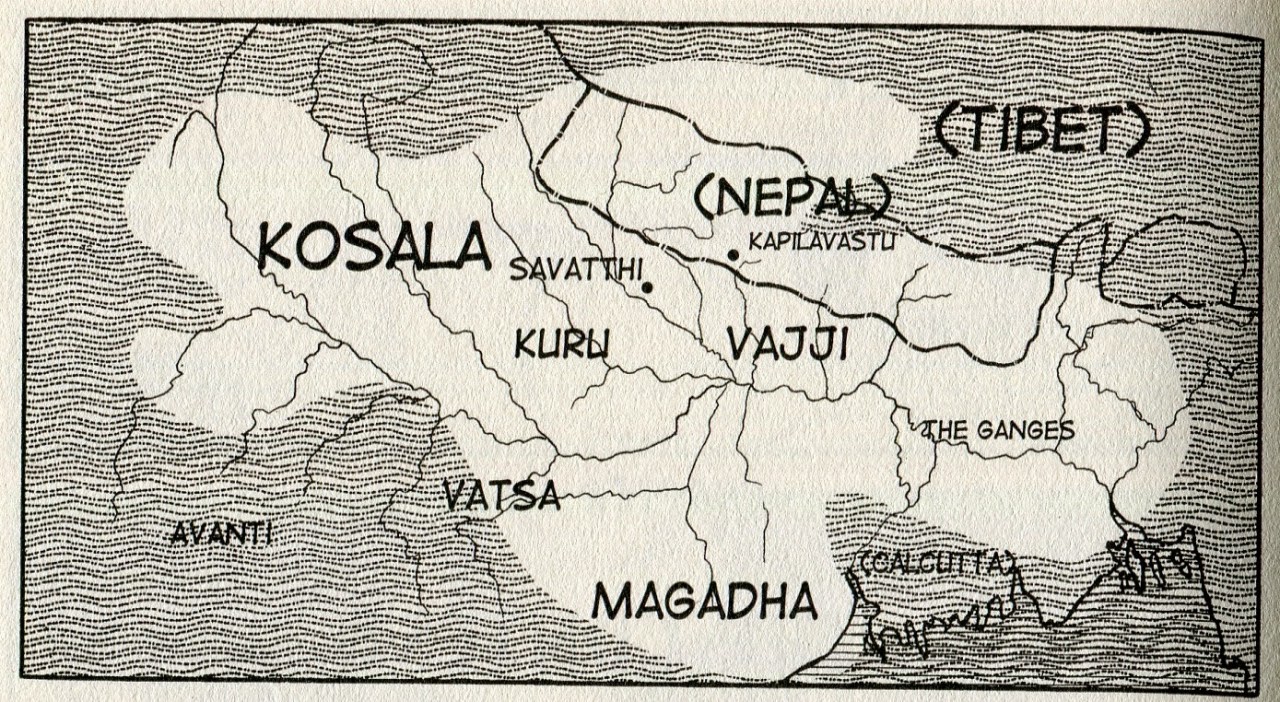 Tezuka's Manga also has a special way of portraying animals. In the beginning pages of the first volume, for example, he describes the story of a rabbit that jumps into a fire and immolates to offer himself as food to a starving saint. The saint is left humbled and speechless over the magnanimous act of the rabbit. At another point, in a nod to the famous first sermon at Deer Park, a deer even serves as the Buddha's translator. Animals are thus not passive sentient beings in the traditional Buddhist sense. Tezuka goes a step further: They are reflective beings fully capable of generating Bodhicitta. Perhaps the author’s reason for assigning animals “human” traits comes from the traditional Jataka tales? They recount past lives of the Buddha, when he takes birth as an animal to help fellow creatures. In one tale, he chooses birth as a monkey to save his pack from evil humans. Subsequently, the human king learns a lesson on how to be a responsible and benevolent ruler. 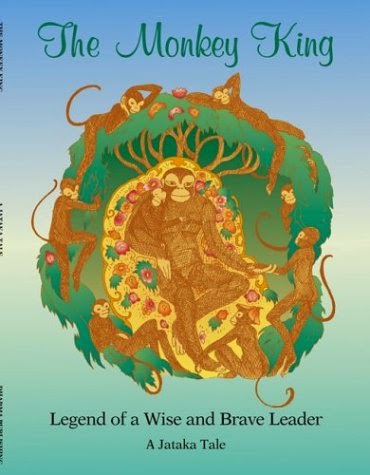 A subject I would not have expected to see in a comic is a critique of the caste system. Tezuka's "Buddha" takes a clear stand and questions the justification of caste by using invented characters such as the slaveboy Chapra who conceals his background to become the foster son of a general - only to be disowned when his foster father finds out. The author even lets Siddharta fall in love with a Shudra woman, Migaila, who also happens to be an ex-criminal. The straw to break the camel's back: Siddharta refuses to marry princess Yasodhara, his bride in the traditional account, and insists on marrying Migaila instead. Now, how historically accurate all this is, I do not know, but the thought of a Buddha falling in love without consideration for social norms is undoubtedly appealing and totally in the spirit of our time. To achieve the required drama and push his message, the author exaggerates plot lines and characters to extremes.

Surprising to me were many other aspects in the Buddha's life I had never heard about or imagined. The biggest surprise was Siddharta's crush on Migaila as just mentioned. Other curious points include Ananda: He was not just the Buddha's cousin but an ex-social delinquent and murderer? And Angulimala, the finger-collecting mass murderer, who became a disciple of the Buddha, had actually been bewitched to commit his crimes? Among the Buddha’s followers we further count Tatta, a "low-caste" bandit and notorious troublemaker, who can enter the minds of people and animals; there is also a little boy with a perpetually running nose by the name of Asaji, who can foretell the future; and of course the giant, Yatala, 20 feet tall with a body impenetrable by any arrow - how come I never heard of any of these characters?

I never guessed the Buddha was in such colorful, unconventional company ! The characters are lively and stick deeply to the reader’s memory. Reading the Manga Buddha at times was like reading Harry Potter. Were our Tibetan narrators perhaps censuring and embellishing the life-story of Buddha in order to make him appear so serene and holy? But after a while, I began to suspect that it must be the other way around: The one embellishing was Tezuka rather. His fictional characters and the dramatic plots help transform a familiar story into a colorful theatre. It may not be historically accurate but there can be no pretense. After all we are dealing with a comic and we've heard the traditional account so many times already. A little bit of change here and there and some drama can only be refreshing. That's what I concluded for myself.

When I think about it, it is absolutely ingenious how Tezuka created characters and invented events to weave such an adventurous tale of one of the greatest religious figures. Not many Asians would have dared to do it and do it so well, without compromising the basic message. Perhaps one reason why Buddhists have not accused him of blasphemy and religious satire is because he used Manga as a medium. If it's Manga, it's kids talk and outside the line of fire. Moreover his creativity focuses on characters around the Buddha. The Enlightened One himself is largely left intact from fantastic inventions, which helps in avoiding controversy. In hindsight, stopping short of getting creative with the person of the Buddha was probably a wise decision. Not every art produced from political freedom is also good art as the recent Muhammad caricatures have sufficiently shown.

One thing that occasionally bothered me in “Buddha” was the language. At times it becomes vulgar and violent with expressions I neither want my children to hear nor read. Maybe this was a concession deemed necessary to keep regular Manga readers at it? Another criticism I have is that all females in "Buddha" are drawn bare-breasted including the Buddha's mother. Why is this necessary? Another concession because in Japan it’s adult males that read Manga? Over here comics are aimed at children. So what is the point in sexualizing the women in "Buddha"? Was the Indian weather at the time this warm? Or was there perhaps a temporary shortage of cloth? Or maybe I'm just too prudish. I sternly think Tezuka-san should have drawn the ladies proper tops.

At times during my read I also had to think of my late father. He was particularly fond of the comic “The adventures of Asterix and Obelix”. How he identified with the two indomitable Gauls, who resist Roman occupation! With the help of a magic potion brewed by their druid, a handful of these Gaulish villagers could wipe out entire legions of Julius Caesar's army with no sweat. It was my dad's retirement project to translate all of the thirty-five volumes of Asterix' and Obelix' adventures into Tibetan. Alas, he passed away too early to realize his translation project and without getting a chance to read Tezuka's Manga Buddha. I would have liked to know what he, the comic pro, would have thought of it. 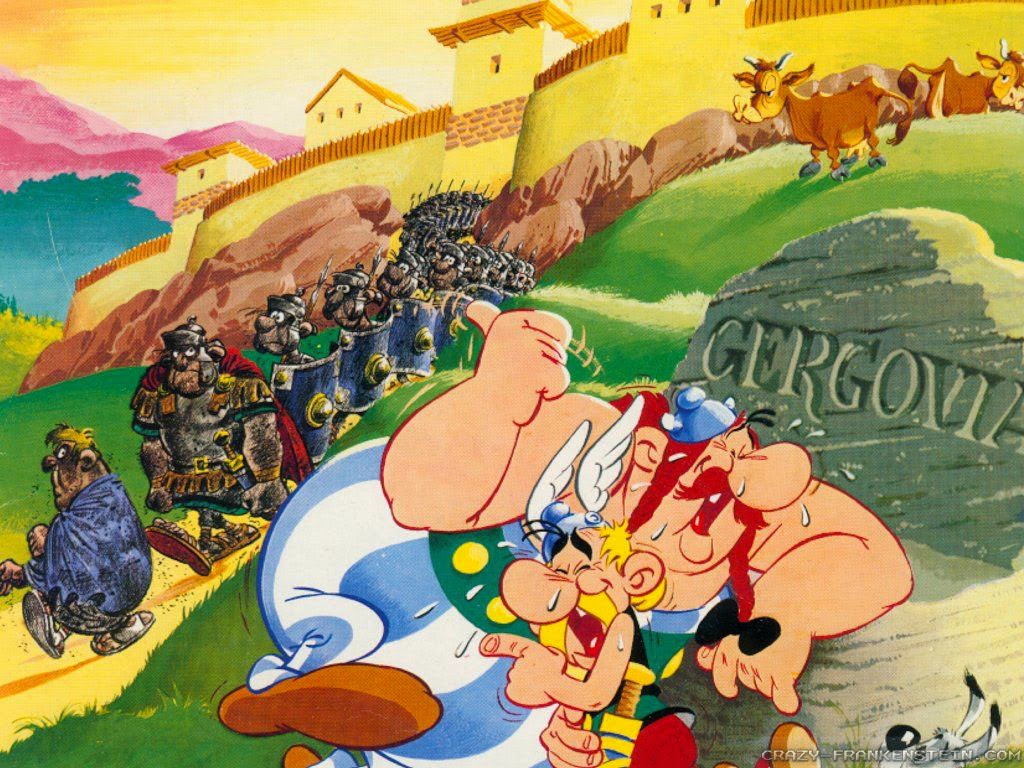 Who could forget the legendary fanfare at the opening of each volume: "The year is 50 B.C. Gaul is entirely occupied by the Romans. Well, not entirely... One small village of indomitable Gauls still holds out against the invaders."

Overall the Manga Buddha is well worth the read, all eight volumes. You advance quickly as there is not much text and the action and drama keeps you engaged. The traditional account of Siddharta Gautama is told in a fresh new way using an unconventional medium. Set in ancient India, readers can also learn something about the culture and the Zeitgeist of this historic period. "Buddha" could even become a first point of contact to learn about Dharma, especially for children.

Eventually however, when you become seriously interested, there is a need to differ fiction from fact. Tezuka's "Buddha" would therefore not be my first choice for an introduction to Buddhism. Having said that, it could help kids and adults from an established Buddhist background to see the person of the Buddha, often deified in Tibetan-style Vajrayana, in a new light as more human and normal.

For now I will shovel the eight volumes of Tezuka's "Buddha" onto the bookshelf. My children are welcome to read them if they like.